The Astronomical Roentgen Telescope – X-ray Concentrator (ART-XC) instrument on board the Spectrum-Roentgen-Gamma (SRG) mission completed the first of 8 all-sky surveys of the hard X-ray universe on 10 June 2020. This milestone was commemorated with the release of its image of the X-ray sky shown above. The sky in this image is oriented such that the plane of our Galaxy, the Milky Way, runs horizontally through the center of the map. Note the abundance of sources in the Milky Way as well as many more beyond our Galaxy. ART-XC has already detected nearly 600 objects. The bright areas in the upper left and lower right of the image are the ecliptic poles, which are more highly exposed due to ART-XC's orbit. 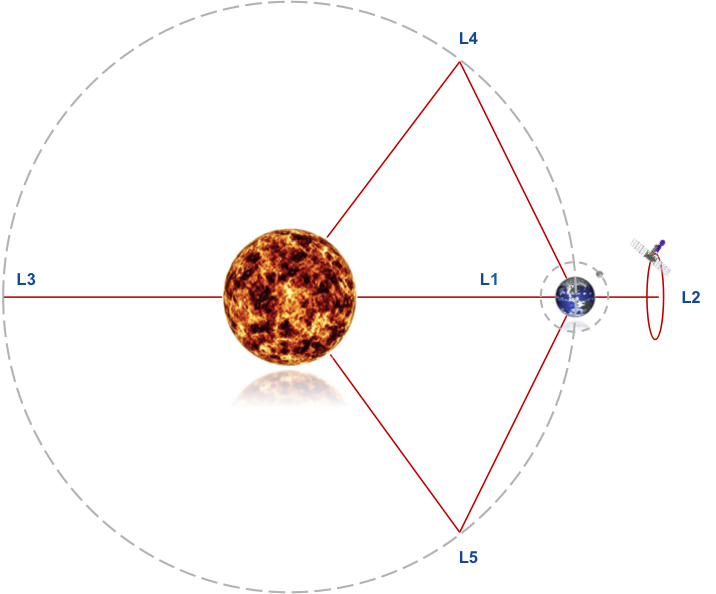 The all-sky survey will be repeated 7 more times over the next 3.5 years, building up exposure to detect ever-fainter sources and allowing scientists to monitor changes in the X-ray sky. ART-XC will find thousands of hard X-ray sources from nearby catalysmic variables to distant supermassive black holes by the end of its mission providing a unique census of these and other exotic populations.

ART-XC is composed of seven mirror modules co-aligned with seven CdTe double-sided strip focal plane detectors. ART-XC has an angular resolution of less than 1 arcminute on-axis, a field of view of ~0.3 square degree and an energy resolution of about 9% at 14 keV. The ART-XC primary mission will be to perform an all-sky survey every six months, simultaneously with the other SRG instrument, eROSITA, over a four year period for a total of eight surveys. This primary mission will be followed by three years of pointed observations. 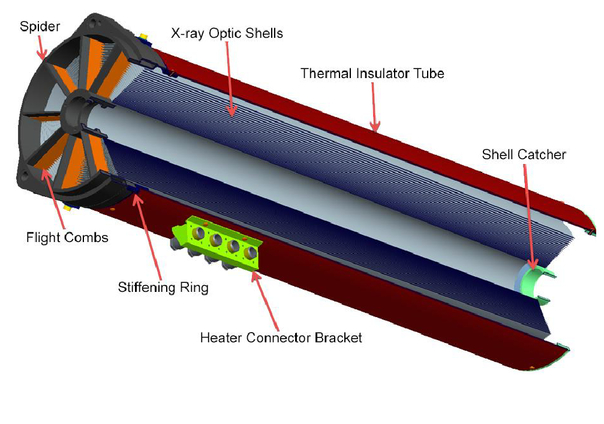 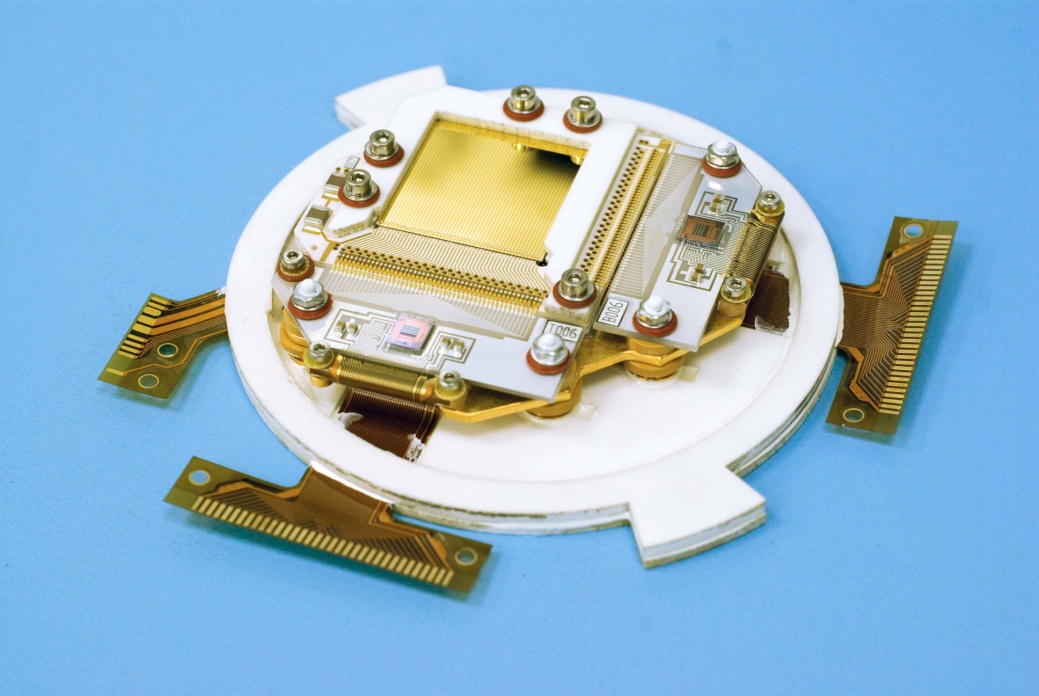 Each ART focal plane detector is built around a high quality ~30x30x1 mm CdTe crystal manufactured by Acrorad of Japan. The IKI-built electrode configuration is double-sided strips forming a Schottky barrier diode with anode (top) and cathode strip layers oriented perpendicular to each other providing 48x48 ‘pixels’ of 595 micron pitch (~45”). Two VA64TA1 ASICs, designed by Gamma Medica-Ideas of Norway, are used to read out the two sets of 48 channels. A 100 micron thick Be window protects each detector.

The ART-XC team at Marshall Space Flight Center is developing various tools to aid ART-XC enthusiasts in estimating ART-XC scientific performance. These include modules for, e.g., the sixte simulator and the PIMMS portable interactive multi-mission simulator tool and various CalDB files and documentation. These will be made available as they are developed.